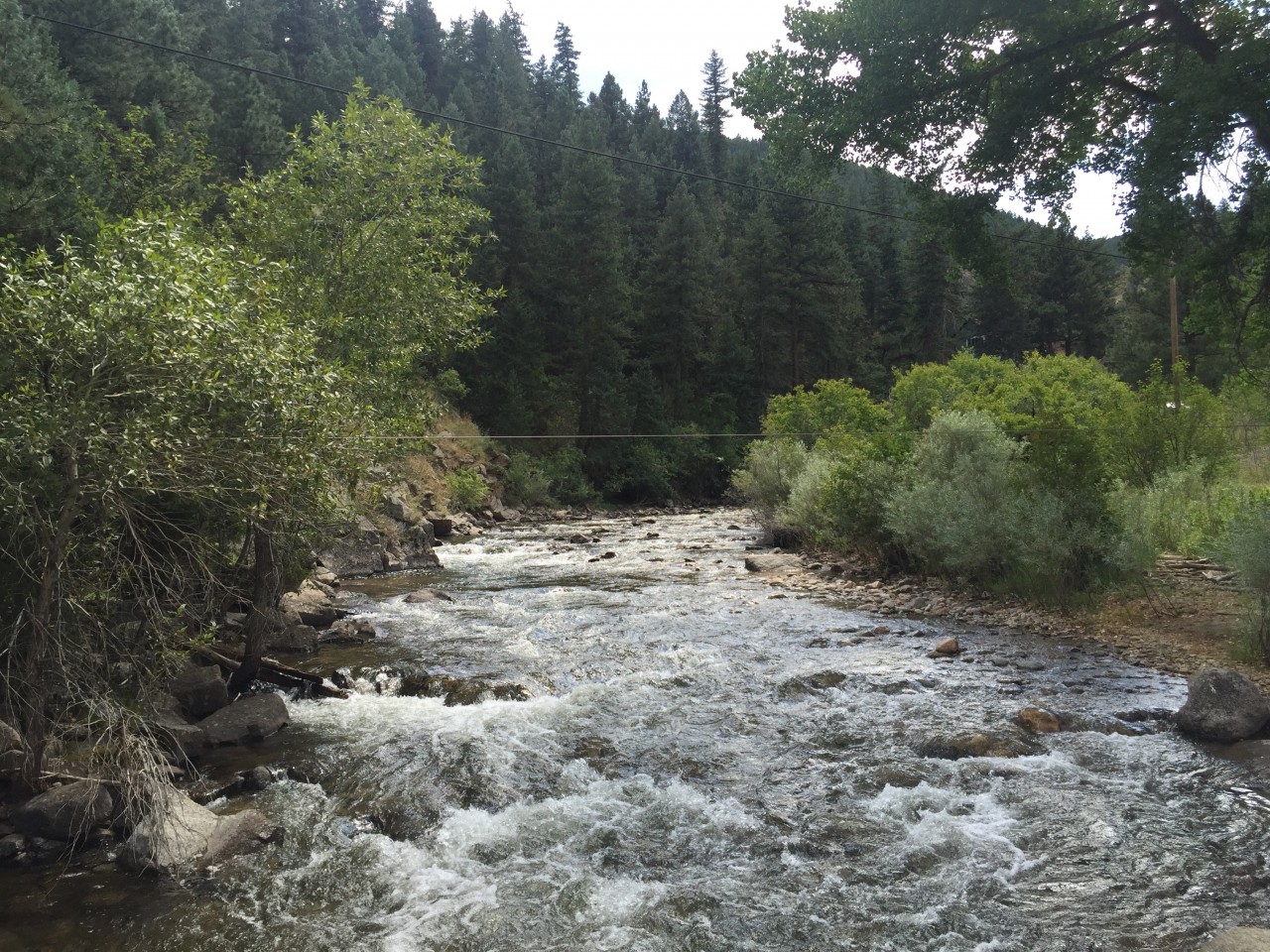 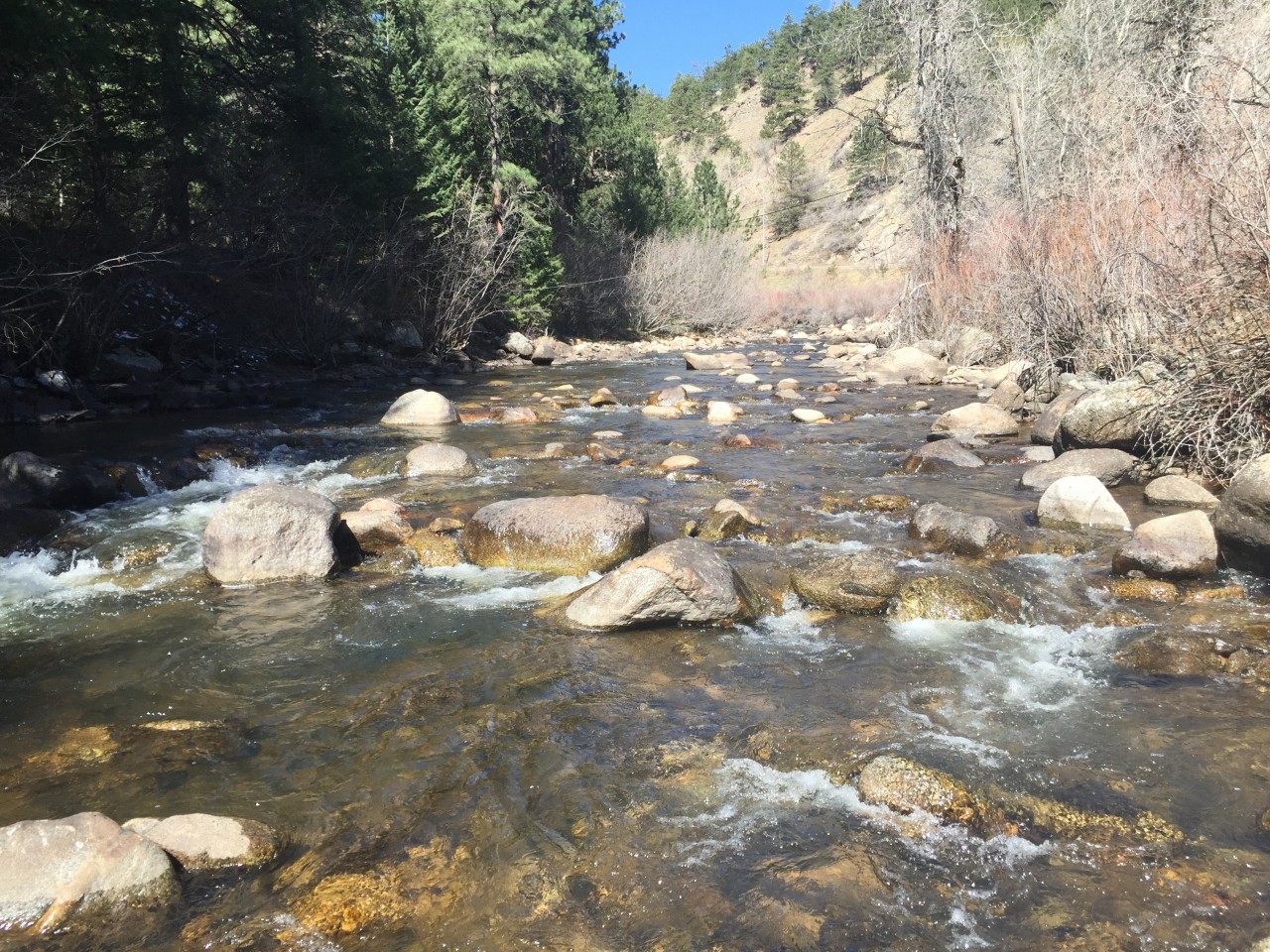 I was deciding whether to go to Clear Creek again, or to try out Boulder Creek, but I luckily noticed this tweet:

If you are in #Boulder, #Colorado, come by for a presentation on #tenkara by Daniel at the Orvis store on Broadway, today at 1:30pm

so I went to the Orvis in Boulder to hear Daniel Galhardo speak about tenkara (more about that in this post), and came away with a new map book (updated version of this book) and a hand-tied tenkara fly from Daniel. After that stop-off, I headed to Boulder Creek and picked a pull-out pretty randomly (which I later established as turnout #2, according to a map of the area) to try my luck. Once I put on the fly that Daniel had given me, I got one step closer to finally landing my own fish — I hooked one, fought it in, then almost landed it. Since I didn’t really know what I was doing as far as landing a fish without a net, I tried to grab it once I got it in, and instead managed to hook my finger, and lose the fish  😛 . I think part of the lesson here is to make sure the fish is worn out a bit more, and also to get them to an easier to maneuver place before trying to get a hand on them. I was perched on a rock, and didn’t really have a good angle to get to the fish before I tried to grab it.

Walking upstream from the turnout, there’s a fording/crossing point (for cars, in the right conditions), and just above that there’s a bit of a pool area where I spotted a few fish that were feeding. Despite all my best efforts I couldn’t hook one of them; I think I’m just not presenting my fly convincingly enough for them to take interest.

At that point it was getting pretty late, so I decided to call it a day and, appropriately, ended up at a sushi restaurant in Boulder. Since I was solo, I got sat in a single empty seat at the bar, and the guy next to me turned out to be a visitor to the area (a physician, attending a conference in Boulder). He was Japanese, and tenkara turned out to be an interesting topic of discussion. We ended up splitting some sake, and then said our goodbyes so that I could make the miserable drive back down the construction-plagued Denver/Boulder Turnpike (36).